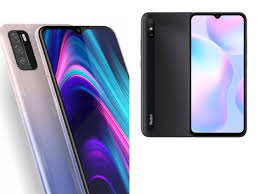 Micromax has launched his two brand new phones which were very nice and good to use, this series was launched in India. Dubbed as the Micromax In Note 1 and In 1b, both the phones are powered by the MediaTek processor and contains a battery backup of 5000mAH power. The 1b pricing was started from Rs. 6,999 and this price will go against the Redmi 9A who offers a more or less for the same similar set and having the same features also. We give you a side by side comparison which makes you clear your mind, and also the two entry-level smartphone compares.

At the end, we hope that you guys relally likes the post, and as well as clear your mind about both the phones. The new phone which was launched by the Micromax has included the best features in it.