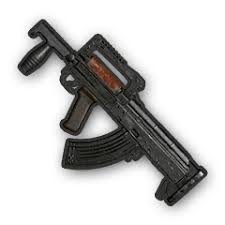 Where to find Groza in Free Fire?

Hello friends here in this article we are going to tell you the important weapon of the game free fire yes friends we are going to discuss about how you can get Groza. In the game you test see friends we all know that in ff Groza was one of the most favorite gun of the game so here in this article. So let’s see friends we also know that Groza gives the high damage to the opponents and it is also a too much long range gun and if you have a 4x scope then you can definitely get the Booyah. So let’s see how to get a Groza. Groza in Free Fire?

The Groza is one of the best assault rifles in Free Fire. It features significant damage per hit and best in class fire rate. The weapon can also be used in mid-range and long-range gunfights in the game. It gives you a great advantage in close-range combats as well as in mid-range battles with its top-notch accuracy.

Players can acquire the Groza assault rifle from airdrops, bounty tokens, and resupply maps. The gun isn’t available in open loot for players in Free Fire. They can equip the Groza gun without airdrop and in open loot only during the rush hour matches.

The Rush Hour is one of the most aggressive modes to play in Free Fire. Players need to equip the best weapon in the Rush Hour and start gaining kills for themselves.

If you’re unable to loot an airdrop, you can try killing enemy players who already own the Groza. It is another great way to get your hands on the Groza and create havoc on enemy players in the match. The gun has one of the best accuracy levels for an assault rifle in the game.