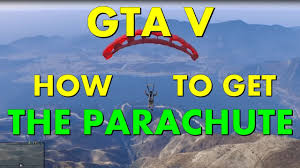 This allowing the NPCs across the map to give tough challenges to the players of Fortnite. Moreover, they also have voice lines that enable players to interact with them and have some fun completing the challenges. The top rarity of the game was that.

It provides the highest number of experience points (XP) to players in Fortnite. This piece talks about uncommon rarity challenges that require gamers to collect gnomes in Coral Castle. Gnomes have been made by the Fortnite as the side character.

And in the last session, the players of Fortnite even fight with the Evil Gnomes. This season, Grimbles NPC has an uncommon quest for players to save the gnomes in Coral Castle. The players have also to make their route to this POI and then move up to the north of the location.

In search of their first gnome who was sitting near the left side of the building. This gnome is easier to spot at night as it has a glowing lantern at his side. At next, the players have to turn around and then walk down to the open slope.

To find another gnome who was sitting in front of the building. After all this work, the players have to move to the eastern side of the point which was a point of interest for the players.

On the periphery of the location; they should spot a tower building.