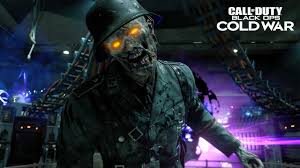 The most important tool was properly a Radio to execute an exfile in the Call of Duty: Black Ops Cold War. A radio marker will appear on the player’s screen during a round where they can Exfil. The Players in the game-play needs to head over to the radio in the match and also request for a chopper. However, the helicopter won’t land as long as there are zombies on or near the exfile area. In Call of Duty: Black Ops Cold War, Die Machine has the Exfile are in the Zombies map was at the same spot where the players can purchase Quick Revives, and they need to ensure that no zombies are found near that spot. On the whole game-play and the entire region was free of the zombies, the chopper will make their way and then land. Exfil in Call of Duty

At this point, players can climb aboard the helicopter and exfile from Die Machine.

The list of Aetherium Crystals rewarded for Exfiling in Call of Duty: Black Ops Cold War Zombies at respective round-intervals are:

Aetherium Crystals are the main form of currency in Call of Duty: Black Ops Cold War Zombies and are essential for purchasing special items in-game.