It is very common if you see a person with a mobile in hand, earphones connected, totally engrossed and talking to somebody about “Pochinki” or “chicken dinner”.Welcome to the world of PubG, and its growing gamers.

With gamers going that extra mile in achieving new quests, online gaming is an addiction and a big thing now. But like every other online venture, online gaming is susceptible to threats like speed throttling, geographic confines, and even hacking attempts. For games like PUBG, a Virtual Private Network could considerably improve your online gaming experience.

VPN helps you to access the restricted games in particular demographics and also the servers which might be locked to a particular region can be unlocked and play. Many of the players are using VPN to access the equipment which is confined to a particular region only thus these equipment giving them the edge among the other player. These benefits can be in the form of equipment, weapons, attires, stars, accessories, points, ratings, early access, etc. VPN servers have gotten very popular as they help to speed up during the games and events and also adds an extra layer of protection against attacks.

Now when we talk about the virtual gaming world or any type of online activity, we need the below things by using a VPN:

Here is a list of the best VPNs for playing PubG:

1.) ExpressVPN: It is one of the best and well-known VPNs out in the market. It is really high speed and secure and comes with a single subscription for the mobile and desktop needs with support for multiple platforms & OS. it’s pricing are $12.95 per month.

2.) NordVPN: It is relatively same in popular as the ExpressVPN but many a time NordVPN is preferred over the Express because of its low ping rate and it is much cheaper comparatively in the market. its pricing is $11.95 per month.

3.) CyberGhost: its pricing starts from $12.99 per month and is fast and secure spread across multiple geographics. They are in the market with more than 15 years of experience.

4.) PureVPN: It is also most named and popular among the community. It has servers across the globe and it’s pricing starts from  $10.95 per month.

5.) Surfshark: Its also popular among community having the benefit of unlimited devices, adblocker, and whitelister and starts at $1.99 per month.

6.) IPVanish: Its specific advantage is that it lets you search server for gaming and also has a good amount of servers across the globe. its pricing is  $78 per year.

7.) VyprVPN: It is one of the fastest VPN for gaming and is a little on the expensive side than its competition and also has a low ping rate.

8.) TunnelBear: It is one of simplest VPNs to use, setup and maintains, thus popular among less tech-savvy people.

9.) BufferedVPN: It is one of the newest entry in the market and has high speed and bandwidth and it cost just $99 for a 2-year plan.

Once you connect to any of the above VPNs while playing PubG, below are the servers to which you could connect for that bit of an extra goodie or brownie point as per latest research by PubG players:

Hope this was helpful and happy PubGing !!!!

Best Budget Laptop 2020 for work and Gaming. Best for work from home. 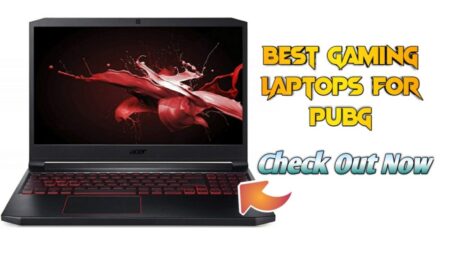