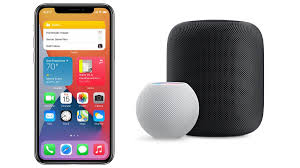 Apple company has released the updates on the software for the iPhones, smartwatches, iPadstvOS and the laptops. iPhones get the iOS 14.2 moedls which received the iOS 12.4.9. Along with that the Apple watches also got the watchOS 7.1. Updates by Apple for iOS

HomePod and tvOS gets the software version of 14.2 and the macOS gets the Catalina 10.15.7 of the supplemental updates. There are many big improvements has been updated in the iOS which the watchOS 7.1.

Brings an ECG functionality to the additional region, along with the other  features. The bug fixes on the HomePod has brings update for enhancement on the home theatre for various fixes of bugs. The iOS and the iPAds updates are also available for the iPhone 6s, this has been done on later.

iPad mini 4 and the iPad Air2 has been updated later. For your information we inform you that the iOS 14.2 has brings more than a 100 emojis which was totally new.

And has eight new wallpapers for both the light and dark versions.

The notification for the headphone audio level has shows alerts. As well as there are some new Air Play controls, intercorn supports with the HomePod and for the HomePod mini.

And users can now connect HomePod to Apple TV 4K to get stereo.

Updates for the old models

Dolby Atmos audio, and surround sound.  The iOS 12.4.9 has also brings an important security update for the older iPhone models.

The updates are for the iPhone 6, iPhone 6 Plus, iPad mini 2 and the iPod touch for  6th generation.

Can now detect people nearby and the LiDAR sensor can show their distance. Support for iPhone 12 Leather Sleeve with MagSafe has been added as well.