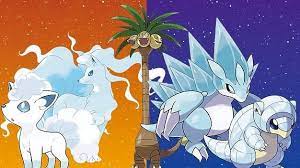 This post has contains the content regarding the Top in-game trades of all time in Pokémon game-play, if you are also a player of Pokémon. Then you would surely like this article.

There is perhaps one exemption from that list: trading Spearow for Hawlucha. Honestly, Pokemon Ultra Sun and Ultra Moon don’t have much in the realm of decent in-game trades. In return, they have the chance to obtain a very strong Hawlucha that will easily help win battle after battle throughout their journey. To hold up their end of this bargain, all a trainer has to do is visit either Route 2 or 3 and catch a lower level Spearow. While moderately early in the games, trainers are given the option to conduct this trade.

Any Pokemon for A Kalos Starter (Gen VI)

This trade makes number one on this list simply because of the history it broke when added to the games. This trade is especially helpful to those trainers trying to finish up their Pokedex and unable to trade with friends or online. In the Kalos region.

This is the first time ever in any Pokemon game that the trainer can simply trade any Pokemon in their party and have the option to receive a second starter from this region.

Here’s a trade that teaches any wide-eyed trainer a lesson. If they are playing the Generation IV version of the games (Diamond, Pearl, and Platinum), then they have the option of a few in-game trades. One trade that most regret.

Yet learn a valuable lesson from, is the Medicham for Haunter trade done with a woman in Snowpoint City. While the woman’s trade comes with a loophole that most would never even think about.

The Haunter is holding an Everstone. Being the peak of irony, though, that is the only possible way to obtain an Everstone in the Generation IV games.