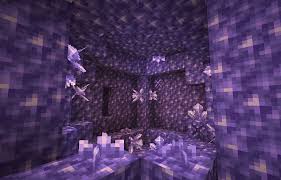 The upcoming Minecraft Caves and Cliffs 1.17 update is the most anticipated update the company has ever created. With so many amazing new blocks, mobs, and biomes being added to the game, it’s hard to pinpoint the best ones. However, there are aspects that the Minecraft community favors. Minecraft 1.17 update

The Minecraft: Caves and Cliffs should come out sometime in mid-2021. The developers have worked hard to add more life and interest to the cave systems in the game.

Archaeology was an aspect that barely anyone expected to be implemented into Minecraft. Still, with the 1.17 update, the Minecraft team is adding a new brush tool to allow players who love exploring their worlds in other ways to uncover the mysteries of the game.

As a new form of ambient light that can group like sea pickles (up to four in one block), this new block is a great and eagerly anticipated addition to the Minecraft block menu. Although the adding of candles into Minecraft is a seemingly minuscule addition compared to the other tremendous things.

Coming with this update, it is something the community has been asking for years.

Amethyst Geodes are a new and interesting generated structure being introduced in the latest update. They form in three layers: an outer layer of a new block called Tuff, a middle layer of Calcite, and then a hollow shell of the purple crystal, Amethyst. While these rare constructions can be found pretty much anywhere at or below sea level.

The Minecraft community has been asking for some cuter mobs recently, and the developers are delivering with this update. The most anticipated aspect of this new update is the various mobs being introduced. From extremely cute to incredibly dangerous, this new update will have so much to explore.