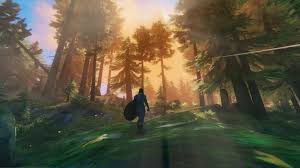 As the Valheim game-play has always added something new in the game, in this post we are going to tell you guys about those newly added features. Things which was added in Future to Valheim

According to the roadmap released by Iron Gate Studios, Valheim is guaranteed to receive at least three more biomes before the game’s full release.

However, apart from these three confirmed biomes, many players have managed to find a mysterious biome only accessible after they fall off the “edge of the world” in Valheim.

Valheim currently features five hostile bosses that players can defeat to claim exclusive perks and benefits. However, with multiple new biomes coming to Valheim and a bunch of new content for players to enjoy.

It seems inevitable that there will be new bosses who pose a much more severe threat to the players. Considering all the new biomes that have been announced for Valheim.

This seems evident that each region will be accompanied by a new boss.

Additionally, the commute shouldn’t be something that allows players to teleport between locations. Considering how vast the entire map of Valheim is.

It feels safe to say that the developers need to implement commuting for players to travel across the realm. This addition will not only allow players to explore the vast open world of Valheim.

But also enjoy the aesthetic visuals of the game while doing so. Instead, the developers should introduce rid able horses.