Creative Pavan
Home PC Games The use of bamboo in Minecraft 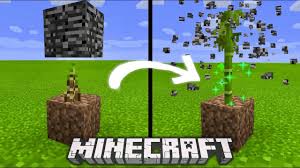 If you are a Minecraft player then you know that the Bamboo is found in the Jungle biomes in the game-play of Minecraft, and can be used for a different number of things which also include breeding pandas and crafting also. Bamboo was a tall evergreen perennial flowering plant and can be found naturally in Southeast Asia and Central America commonly. Bamboo typically flourishes best in warmer and tropical climates. In the game of Minecraft, the bamboo acts very closer to its real-world part. bamboo in Minecraft

It grows very fast and naturally in the jungle biomes throughout the Minecraft world. Many players thought that the bamboos do not seem to be a very important and useful item.

But there are many things that a player can do with the help of bamboo. And every Minecraft player should be aware of it.

The uses for bamboo in Minecraft

Bamboo is the fastest growing plant in all of Minecraft and the players could find it easily in the jungles.

But can be found more densely in bamboo specific variants. The most important use of bamboo in the game was to breed the pandas.

As it was unfortunate that the pandas cannot be teamed up by the players. But the players can still breed the pandas for the chance of producing some of the rarer variations of the species. The Minecraft players need to first collect eight blocks of bamboos are within a five-block radius of two pandas. Then the player will just need to carefully feed the pandas some bamboo.

Which will cause the pandas to mate and produce offspring. Only Minecraft animal that requires additional conditions to breed, instead of simply feeding two adults of the same species.