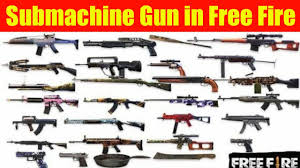 An ageless battle royale game like “Apex Legends” deserves to find a safe spot in this lineup of the top Fortnite alternatives. To me, the best part about this game is the fusion of the elements of a number of video games including Respawn’s popular Titanfall series. That’s why no matter how many times you have played this game, it would never seem to lose its charm.

Every time I have put my hands on Warframe, I have come out impressed. And I don’t see any reason why this game can’t live up to your taste either. This co-operative action-role playing and third-person shooter gamer excels in many aspects including action-packed gameplay and also offers some cool customizations to up the ante when it really matters the most.

When it comes to scintillating battle royale gaming, “H1Z1 Battle Royale” is up to the mark. Pretty much like its more popular counterpart “Fortnite” and PUBG, it also lets up to 100 players fight in a last-one standing deathmatch. Based on what appeals to your taste, you can kickstart the battle all alone or team up with your best friend to win the battle.

So, you no longer find Fortnite’s battle royale gaming, which allows only up to 100 players to compete with each other in deathmatch, exciting? If the answer is yes, you can’t get a better alternative than “Rules of Survival” which allows up to 300 players to compete at one go. The multiplayer online battle royale game has got all the bells and whistles to be your favorite pick.