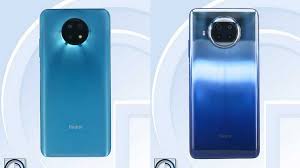 TENAA has been recently reported the Redmi Note 9 5G and Redmi Pro, this offering a glimpse into key specifications which was expected in these two phones. The Redmi Note 9 series has also been speculated to get the new phones.

There are some specifications about the phones have been leaked. But, it was not clear what will be the name of these two new Smartphone’s. Two Xiaomi phones under the Redmi branding have been spotted.

But there have been reports of the Chinese company launching three new Redmi Note 9 series phones. Here are the Specifications of Redmi 5G,

The Xiaomi phone with model number M2007J22C has been said that the 9 5G aka Redmi Standard Edition has a HD+  6.53-inch IPS display. This phone was powered by the Media Tek Dimensity 800U SoC, and along with that.

It was also expected that the phone comes with 4GB, 6GB, and 8Gb RAM. This also includes the 64GB, 128GB, and 256GB internal storage options. The listing also mentions that the storage is expandable to 512GB. About the cameras, it was said that it has come with a triple rear camera setup which includes a 48-megapixel primary sensor.

The Redmi Note 9 Pro 5G has the High Edition which was listed on the TENAA with model number M2007J17C, it was expected that this phone has a full HD display of about 6.67-inch. This smartphone has been powered by an unnamed octa-core processor.

Here are special features about these two phones.