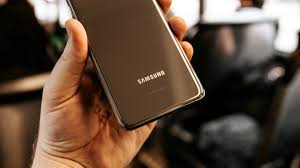 There was upcoming updated news about the new Smartphone from Samsung Company; the users will be excited to know about this new news. The company has decided to launch a new Smartphone.Samsung Galaxy M02

The Samsung will be launched soon and get entry to new Galaxy M Smartphone in India.

This new series was called the Galaxy M02; this new Smartphone has been spotted on the Listing of the BIS (Bureau of Indian Standards) website. The listing will also give some information about its dual-SIM capabilities.

There were some news and reposts was already come about the Samsung M02.

According to the previous updates the Galaxy M02 will be coming with the Qualcomm level and Snapdragon of 450 processor. The chipset was coming with a couple of 2GB RAM and 32GB of in-built storage.

The Smartphone will also have the Slot for a microSD card for expandable storage.

Along with that this could be also a 3GB version of the phone. This Smartphone will be run on the Android 10-based One UI out-of-the-box. The other features of this phone which were expected that the M02 has Bluetooth 4.2, LTE, and Wi-Fi.

The Samsung Galaxy M02 has been said to be the successor of the M01.

Which was launched in the month of July this year, this phone was launched at the price of Rs. 9,999. Along with that, this has come with a 6.2-inch TFT and HD+ display. This Smartphone was run on the Media Tek Helio P22 octa-core processor with 3GB RAM and 32GB of in-built storage.

The M01 has an 8-megapixel camera for selfies. Samsung’s new smartphone will compete with the likes of Realme Narzo 10A and Xiaomi’s Redmi 8 in the budget segment.