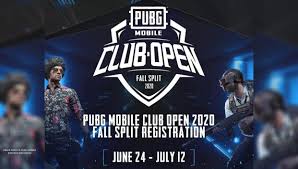 PUBG Mobile Esports today announced major details regarding the PUBG Mobile Global Championship Season Zero, aka the PMGC 2020. The League Stage of this tournament starts from 24th November and will go on till 20th December. This prestigious event features a massive prize pool of $2,000,000. PUBG Mobile PMGC 2020 Season

The PMGC 2020 was announced on 24th August. It will see 24 teams from across the world, who have either qualified or been invited, fighting for the ultimate prize.

In a dedicated video message that premiered on YouTube today, PUBG Mobile Esports emphasized the fact that as a result of the COVID 19 pandemic, and keeping the performance of the players in mind, the number of slots has been increased to 24 from the previously-announced 20.

The officials also unveiled the logo for the PMGC 2020. Although they didn’t announce whether this tournament will be online or offline, it is speculated that the league stage will be held online, while the league finals will be held offline.

Matchdays for the PMGC 2020

Those teams that will acquire one invitational slot and one slot from as a wildcard were kept a mystery. Fans from all over the world, especially India, are still waiting for that information to be made public, as it was highly speculated that one Indian team might grab that invitational slot.