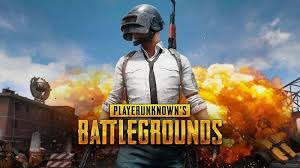 Over the past two months, there has been a lot of talk about the future of PUBG Mobile.

One of the most trending sports titles in India.

The game was banned by the Government of India, along with 117 other mobile applications, on 2nd September. The announcement was made by the Ministry of Electronics and Information, leaving the gaming community in despair.

After the suspension, there has been plenty of speculation concerning PUBG Mobile’s return. Some have involved telecommunications giants Jio and Airtel, touted to be Indian partners for the game.

Recently, there was also a LinkedIn job posting by PUBG Corporation regarding the recruitment of a Corporate Development Division Manager – India.

One of the responsibilities of the role would be to support the setup process of PUBG India with guidance from HQ, dropping a major hint about the game’s return to the country.

PUBG Corporation had also decided to cut off ties with Chinese developer Tencent Games for operations in India.

Earlier today, there was more fuel added to the fire when various professional PUBG Mobile.

players hinted at the game’s return, talking about ‘an upcoming announcement’ either today or around Diwali.

In the above video story on Instagram, Kronten (Team Godlike owner and PUBG Mobile pro) and Ghatak .

(PUBG Mobile pro for TSM Entity) talk about some announcement dropping today or latest by Diwali.