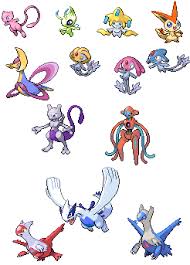 The Necrozma is an insanely powerful Pokemon. Necrozma can fuse with Solgaleo and Lunala to become Dusk Mane Necrozma and Dawn Wings Necrozma, respectively. By itself, it has super high base stats. In its various forms, those stats increase even more. Using Ultra Burst, either of those forms can become Ultra Necrozma. Its capabilities, stats, and overall concept are incredible.

Cresselia is a Psychic-type Legendary from Generation IV. While it knows many HP recovering moves and can stay on the battlefield for a long time, annoying opposing trainers. Cresselia is a very defensive creature, has great Special and physical Defense stats, and reliable HP. While the Lunar Pokemon and its swan-like appearance are wonderful.

Tapu Lele is the guardian deity of Akala Island in the Alola region. As a Psychic/Fairy-type, Tapu Lele has two powerful types to its name. It stands out over the other Tapu Pokemon with its bright pink design. As well as it has decent Speed along with great Special stats. Special Defense and Special Attack are where it shines.

Lugia is a master Flying-type Legendary. In the games, anime, and movies, Lugia has proven to be a mighty creature. While the Diving Pokemon is the guardian of the sea and the trio master of the Legendary Birds from Kanto. It is quick, has impressive HP, Defense, Special Defense, and can use either Special or Physical attacks.

Mewtwo was the first Psychic-type Legendary Pokemon introduced in the franchise. This man-made Mew clone deserves nothing less. To this day, it remains one of the most popular and powerful creatures of all time. Its story, redemption, and immense strength have given Mewtwo more than the necessary tools to be the top Psychic Legendary.