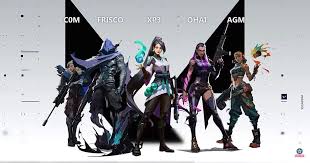 TSM took their time to choose the five best ones for their own roster. With quite a few good female Valorant players in the community. Currently, the five members of the newly formed female Valorant roster of TSM are:

She has often been crowned a “veteran leader” for her extensive performances and incredible shot-calling abilities. CAth has been a prominent member of the CS: GO esports scene during her time at CLG Red and Dignitas.

Their strong lineup and teamwork had secured them a place in the First Strike tournament. TSM has been fairly strong in their path during the year 2020.

When they were one of the first teams to enter the Valorant Esports scene with the signing of mouseSpaz’s roster in May 2020. With the announcement of this tournament.

While which is an initiative to create “opportunities and exposure for women and other marginalized genders.”

Back in January, Evil Geniuses had introduced their mixed roster.