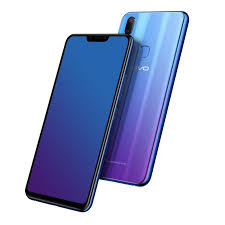 As those users who want to buy a new phone for them, they have to know about this offer. This may be an important post for them; Smartphone maker Vivo has announced new offers as part of its Christmas and New Year celebrations. As well as the company has announced offers on the V20 and Y series of smartphones. Offers on V-series

On old device exchange on the purchase of new Vivo V20 Pro. The handset is powered by an octa-core Qualcomm Snapdragon 765G processor. As well as the device is backed by a 4,000 mAh battery with 33W fast charging support. The handset is priced at Rs 29,990. While recently, Vivo announced that it has partnered with Carl Zeiss, a popular camera optics firm for its upcoming flagship series, X60.

Flat 10% cashback with Zest Money on 6-month EMI transactions. As per a report by XDA-Developers.

Vivo has shared a new teaser poster of the X60 series on Vivo’s official Weibo account.

While it was confirmed that this series will house a quad-camera setup on the back and one of which will be a micro-gimbal camera.