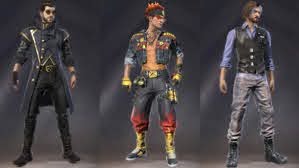 The Flipkart posters also shows that the laptop will come with a featiure of lightweight.

An immersive experience and also offers a powerful work. There was no other information has been given on the features.

And on the pricing for the laptop and along with this there was no release date also.

The posters also claims that the laptops will be ‘Ultralight’, ‘Powerful’, and ‘Immersive.’. This was expected that the device will be launch soon, but there was not an exact date would be mentioned. On the Laptops Store page, the Flipkart is touting the laptop will be “Built to empower”.

And shows a laptop with silver finish. As of now, nothing is known about the laptop models.

But according to a reported Bureau of Indian Standards (BIS) listing, there are nine models of the Nokia Purebook.

It is believed that the ‘NK’ part in the model number refers to the Nokia brand.

The following alpha-numeric part refers to the processor.

There will five models of Nokia Purebook powered by the Intel Core i5 processor.

And four models with the Intel Core i3 processor.