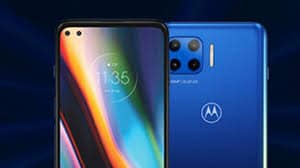 Motorola had to launch its Moto G9 and the Moto G 5G Smartphone’s, but unfortunately, these new smartphones were launched in the county of Europe. Now, the public is looking for the first instance which suggests that the two Motorola smartphones are launch and headed to India. Motorola Moto G9

The Moto G9 Power and the Moto G 5G have been showing up on India’s certificate website, (BIS) Bureau of Indian Standards. With the listing of these two phones on the BSI website.

It was quite clear that the public is closer to seeing these two Smartphones in India. The tipster Mr. Sudhanshu who took this post on Twitter to leak a screenshot.

According to him the Motorola phones are now listed on the website of BIS. This listing contains the Model number of the Moto G 5G and Moto G9 Power, XT2091-3, and XT2113-3, respectively. The registration of the BIS appears to be done on the month of October 26 but.

This came to light only a few days back. But while the launch of the two phones seems imminent, Motorola is yet to confirm it and provide us with the launch details. The Moto G 5G has the latest 5G smartphones in the portfolio of Motorola’s.

This phone has come with a Qualcomm Snapdragon 750G processor and this announcement was made recently. According to the announcement means that the Moto G 5G will be the first Smartphone to enter India with the Qualcomm processor.

Specification of the phone

The display of the Smartphone was 6.7-inch 1080p along with that it has HDR 10 support; the phone also has 6GB RAM and 128GB internal storage. It has a 48MP main camera, an 8MP ultra-wide camera.

And a 2MP macro camera on the back while the Selfie camera has a 16MP shooter. The Moto G 5G comes preloaded with Android 10 software out-of-the-box.