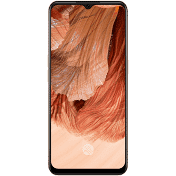 There was an upcoming news was reported for the users of the Moto Company, recently there was report was spotted that the company will launch a new smartphone. The Moto G9 was the new series by the company, while this has been spotted on Indian BIS (Bureau of Indian Standards) certification website. Moto G9 Plus

Hinting at a future launch in the country. As the smartphone was already official in the country of Brazil in the month of September.

But there has been no clear date was coming for the launch of this phone in India.

The company has already launched Moto G9 model in the country.

And Moto G9 Power is tipped to launch in the second week of December. This Moto Plus was launched in the country of Brazil at a price of Rs. 31,000 approx. with lone 4GB + 128GB storage model. As a result the customers of the Brazil market can purchase this smartphone in amazing two color variants.

Which is the Rose Gold and Blue Indigo color as the options. This was expected that the Moto G9 Plus will be launch in India in the month of December. This phone has come with a 6.8-inch Full HD+ Max vision display and again with this the smartphone runs on Android 10 software.

It is powered by the 2.2GHz Qualcomm Snapdragon 730G SoC, paired with 4GB of RAM and 128GB of internal storage. While the Moto G9 contains a quad rear camera setup to click beautiful pictures similarly it has a 64-megapixel primary snapper.

And finally at the front, there is a 16-megapixel Selfie shooter. In fact the Company claims that the battery of the phone has the best battery back up as a result this includes a 5,000mAh battery as well as it has 30W Turbo Power fast charging.