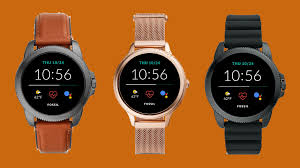 In this post we are going to tell you guys about the Minecraft 1.17 Caves and Cliffs Snapshot: Best released features, the Minecraft players would have to give a look at this post.

Once new, copper proved, buildings would eventually turn green to show how long they have been there. Copper and its variants bring an entirely new game mechanic into Minecraft that hasn’t been developed before oxidation. This works for all types of unwaxed copper, including slabs and stairs. Over time, copper blocks will oxidize and become greener.

Minecraft 1.17 is bringing players so many new mobs to learn about and find, including the Axolotl, Goats, and the terrifying new Warden mob. The Warden will reside deep underground in the new ‘Deep Dark’ biome, completely encased in darkness. Each of these mobs has its own unique qualities and locations. Goats will be found on snowy mountain tops and ram into the player, attacking them if provoked.

Minecraft 1.17 Caves and Cliffs is the update that made developers finally after years of players asking increase the world height limit. This brings players so many new opportunities for building, so it’s a welcome change to the game. This was done to accommodate the scale of caves added.

And the soaring mountains that are meant to populate the world above ground.

The Powdered snow is the ultimate MLG block for so many reasons, the main reason being that it can be used in every dimension, including the Nether. Powdered snow is most definitely going to be one of Minecraft’s hidden gems when Update 1.17 is released. Not only is this block amazing for players who want to hide a base away underneath the snow, but this block is perfect for any MLG.