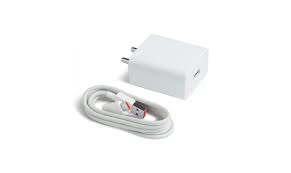 There was news for the users of the Xiaomi Smartphone’s, now the users can buy other products also from the Xiaomi Company. There was news coming out from a report, the company has been now expanding its range of accessories for smartphones in India. Now the Xiaomi Company launched its Mi SonicCharge 2.0 charger in the market. This was a new device which can be out from the company; this launched charger has a power output of 33Watt. Mi SonicCharge 2.0 Charger

Along with this, it was equipped with the Qualcomm Quick Charger 3.0. The charger has come at a very affordable price for the customers, the price of the new charger was Rs.999. The charger can be purchased by the customers online from the official website of the company. Mi SonicCharge 2.0 charger has come with a 100CM Type-C cable and was supported by a universal voltage range of about 100-240volt.

This Mi SonicCharge has been certified by the BIS, as well as this device has been featured up with a polycarbonate body design and was said that it comes with a durable build. The charger offers a maximum output of 3A -11 Volts. This news has been announced on Twitter by the Xiaomi Company.