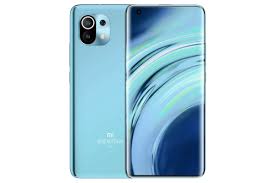 As for those users who want to buy a new smartphone, would have to look at the new upcoming phone. Xiaomi Mi 11 purported live images have leaked just days ahead of its official launch. As the new image was launched ahead for the customers. Mi 11 Leaked Images

The images suggest the design as well as the specifications of the upcoming phone. Separately, some alleged marketing renders of the Mi 11 leaked on social media suggest four color options. The launch of the Mi 11 is set for Monday, December 28. The live images of the Mi 11 have been leaked on Weibo.

One of the images shows the About Phone screen that suggests some key specifications of the upcoming handset. Although the phone will debut in China, it is likely to go on sale in global markets, including India, sometime next year.

Xiaomi has already revealed an advanced display technology along with Corning Gorilla Glass Victus protection on the new Mi-series phone. Also, the flagship could include a QHD+ resolution along with up to 120Hz refresh rate. It shows the presence of Android 11 with the November security patch, along with MIUI 12 on top.

The phone also appears to have 12GB of RAM. Further, the image shows Qualcomm’s flagship Snapdragon 888 SoC clocked at 2.84GHz. Another image purportedly shows the back of the Mi 11 that seems to have a matte finish. This could be due to the leather material.

The image also shows the rear camera setup that seems to have triple cameras along with an LED flash module. In addition to the specifications, the leaked images suggest that the Mi 11 will feature thin bezels and a curved display design as also recently hinted at by  images of a screen protector believed to be of the Mi 11.