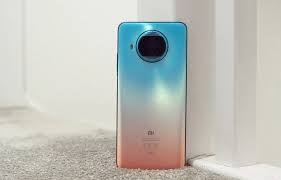 There was a new launch will be expected in the upcoming year, the users would be happy to see this new. Mi 10i is all set to launch on January 5. Xiaomi India chief Manu Kumar Jain confirmed earlier in the day that the phone will have a ‘brand new sensor’ and now. Mi 10i Amazon India

Amazon India has published a dedicated landing page counting down to the big unveil. This lends even more weight to the rumor that the Mi 10i is nothing but a rebranded model of the.

Redmi Note 9 Pro 5G that was launched in China late last month. While the landing page teases that the Mi 10i will be powered by the Qualcomm Snapdragon 750G SoC that was first introduced in September this year. Amazon India’s landing page reveals key specifications of the Mi 10i ahead of the launch on January 5.

And also confirms availability on the e-commerce site. The page confirms that the Mi 10i will be powered by the Snapdragon 750G SoC The processor is identical to the Redmi Note 9 Pro 5G China model.

Lending more weight to the possibility that the Mi 10i may be just a rebranded model for the Indian market. However, Jain has confirmed that the ‘I’ in Mi 10i stands for India.

And this phone comes with customizations made for the Indian audience. While this Qualcomm SoC is an octa-core processor with eight Qualcomm Kayo 570 CPU cores.

Clocked at up to 2.2GHz and is based on 8nm architecture. It is the latest entrant in Snapdragon 7 series of mobile processors launched September this year. SoC comes with 5G support for Sub-6 and mmWave, SA and NSA, global 5G banding. It will have brand new sensor as well. The phone is teased to have a primary sensor with 108-megapixel resolution.