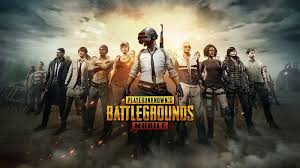 hello, friends we all know after the pubg ban the Indian people and players are too much sad after heard the comeback of pubg mobile the Indian players are very curious it to know what are the chances of the pubg game so here in this article we are going to tell you the top changes you can see in the pubg mobile. so here freinds one more thing for you all yes freinds i comp[are that the ratio of the people will come in this site was very less then the people will press the notification

As mentioned earlier, there will be some changes made in the Indian version of PUBG Mobile.

The three major changes are:

#1 Default clothed character – The characters would automatically begin fully dressed in the game.

#2 Green Hit effect – This had been done to show the virtual nature of the game. In the global version of PUBG Mobile, users had an option to change the color of the hit effect. However, it is likely to be locked to green.

#3 Feature to limit the playtime – There would be a playtime limit function which would ensure healthy gaming habits for the younger audience. Earlier, there was a restriction on the playtime, but it is expected to be stricter in the Indian version.

Apart from this, PUBG Corporation had announced that they would be promoting the establishment of a branch office in India. They have also been boldly investing in hosting a professional PUBG Mobile Esports League exclusively for the users in India.