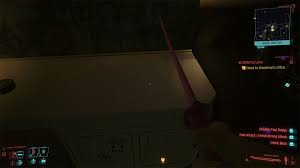 This post is especially for the players of Cyberpunk, they have to give their some of the time to this post. The holster option in Cyberpunk 2077 is extremely important, as it allows players to put away their weapons, to appear unsuspicious and avoid trouble. NPCs in any RPG are an extremely aspect of the game when it comes to providing the player with information and instructions. Quite similarly, Cyberpunk 2077 requires a player’s undivided attention when it comes to NPC interactions. weapon in Cyberpunk 2077

Players can also often find themselves staring at the sleek, shiny, and well-designed weapons instead of focusing on the dialogues being presented by NPCs.

Apart from the manual option of pulling up the weapon wheel and selecting fists.

Players can also holster or put away their weapons using a much simpler hotkey on their respective devices. The hotkey to holster weapons in Cyberpunk 2077 for different devices are:

The double tapping the respective weapon switch hotkey will allow players to holster their weapon.

Thus avoiding any and all form of threat that they might pose. Cyberpunk 2077 has been designed in such a dynamic manner that even having a weapon equipped.

Is enough to cause a panic in certain regions of Night City. In case a player missed the double-tap and starts cycling between their weapons, the situation might become even trickier. Having said that, it is also important for players.

To note that double-taping to holster their weapon needs to be a proper double-tap. As NPCs are somehow more scared of someone swapping weapons rapidly, than someone pointing a weapon at them.