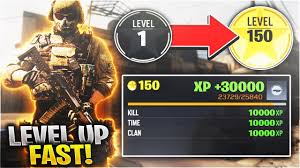 As rightly stated, ‘Practice makes a man perfect,’ this goes the same for the training sessions in COD Mobile. As a player ranks up, the opponents’ skill level also progresses. To cope up with their skills and ability, one has to train harder for speedy reflexes and basic knowledge of the in-game mechanisms.

So, to quickly rank up in the tier system and increase the level XP, one has to practice patiently in non-ranked matches with friends to gain more XPs and be ready for any combat situation in the virtual battleground. It increases the chances of victory and maximizes the Rank XP to climb up the tiers quickly.

The layout and load-outs are two of the most crucial aspects of COD Mobile, which most players miss out on. The layout settings shouldn’t directly be copied from influencers or professionals. Every person has their own comfort level while holding the devices and placing their thumbs and fingers on the device.

What may be a good option for one may not be the best option for another. It hinders the progress of a player. A player must stick to the layout which he/she finds most comfortable to play with. The loadout is another critical feature in the game that hones the skills of every COD Mobile player. For the most optimum output of the Loadout, a player must equip him/herself with the most suitable and lethal weapon attachments available in the gunsmith section, which will be most viable to exploit the enemies to secure maximum kill points and level up the XP points.

Hello friends the next thing you have to follow to push your level was you only have to play with your friends and or with those who are trustable. Because if you can find 4 to 5 players like that then you can Easley play with then and push your level Easley.