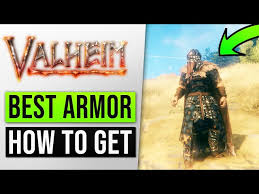 In this post we are going to give information to the players of Valheim, this post was about How to get unlimited flax in Valheim for padded armor

Flax is an extremely essential resource in Valheim used to create linen threads for padded armor, arguably the best in-game armor. The plains are home to the dangerous Fuling creatures, so it is recommended that players have high-level armors and weapons before heading there. Fuling villages are usually populated with various Fuling creatures such as:

Fortunately for players, farming for flax in Fuling villages is not the only way to harvest the resource in Valheim. These Fuling creatures are incredibly hostile and dangerous, thus posing an additional threat to a player’s hunt for flax.

However, the first time a gamer gets access to flax is inside the Fuling villages of Valheim.

However, to cultivate flax in Valheim, they will need to build the cultivator from the in-game forge. Owing to Valheim’s in-game mechanics.

Players are also presented with an option to grow flax themselves instead of facing the risks of a Fuling village every time. It is advised that players construct a raid-proof base in the plains biome to farm flax swiftly. Players can grow and harvest unlimited flax for themselves in Valheim.

By planting unused flax in the ground with a cultivator’s help. The cultivator requires five units of core wood and five units of bronze to build in Valheim. However, players need to note that flax can only be grown in the plains biome.