“All work and no play make Jack a dull boy”. We all have been hearing this since ever and as a matter of fact, people follow this proverb with utmost sincerity. While a lot of research has been made on the pros and cons of digging your head into the mobile for hours, a little bit of gaming does no harm, isn’t it?

Not only with the idea of making Jack a smart boy, but people are also resorting to such games to make their slightly boring lives during office commutes or breaks into something interesting by undertaking this virtual world challenge.

Given the fact that there is a lucrative gaming industry churning out millions every year on the basis of their creativity, we have had a revolution of Games from a simple “snake” running on the humble dumbphone to the most coveted PubG. For a layman its PubG, for a know-it-all it is none other than PlayerUnknown’s Battlegrounds. This game has set a new yardstick altogether for other games to compete with, given its popularity amongst the young and old alike.

PlayerUnknown’s Battlegrounds or PUBG became a viral phenomenon in India and the world across, giving rise to the Chicken Dinner a way of representation for winning the battle royal and its popularity has given birth to many memes on social media.

It gained initial popularity in March 2017 with its Beta version, PUBG got an official release on 21 December 2017 for PC. With the initial popularity of PUBG, it was a matter of time that it took the gaming industry with its multiple player battle phenomenon.

With the realization of the initial success of the game the developers of the game then realized the possibility of making the game available to many more people through its mobile version and w=thus partnered with the Tencent Games and launched the PUBG Mobile in China on 9 February 2018 and worldwide on 19 March 2018 and thus soon it became a global sensation.

Around this same time, another title, Fortnite, came to the forefront and was based on the Battle Royale mode. In 2018, PUBG and Fortnite were competing as the two most played games.

Why PubG over Fortnite and other games?

PubG has developed its own community against the Fornite’s community.  PubG’s added advantage has been the game which is accessible for everyone on every platform even the general entry-level public can download and play it. Thus within the group of friends, it has become a sensation of playing PubG and moreover the initial requirement of playing the game is really less it can run on mid-range phones, unlike the Fortnite which needs specs heavy requirement.

Fornite doesn’t have an Andriod app it is exclusively tied to the iOS platform thus making it more difficult to access the game by the masses and also due to its specs heavy requirement and not able to play on the id range phone, people in developing countries like India are favoring it less and PUBG is becoming there main daily gaming entertainment.

The revolutionary popularity and why?

There are 100 million registered users in the last 4 months addicted to this game.  The app also topped the charts on App Store and Google Play, surpassing games such as Temple Run, Candy Crush Saga and other apps like YouTube, Netflix, and Snapchat.

With men leading the gaming community women aren’t anywhere behind they are also head to head with the men. Many women streamers have started to come up on YouTube and garnering thousands of views. Due to this female involvement, the game has taken a new peak than the other previously popular games like mini militia.

It is a game that brings about the closeness of peers. Since it is a team game, this is one big step in improving interpersonal skills for an individual and this goes a long way to be connected with each other and engaging with them and removes bouts of loneliness? Yes, it certainly does.

With any other popular game, PUBG as a game took off in the college events and competitions. These competitions have a huge success among youngsters, there are many competitions with there wining prices starting from 1 lakh and going more than 1 Crore.

People playing this in a team and crossing a certain level feel a sense of accomplishment, given its popularity, which is a great boost to self-esteem directly or indirectly and helps them to be in the present moment.

So next time if you hear somebody screaming ‘Let’s get down at Pochinki’, be rest assured that somebody out there is being part of those 100 million players who are bonding over this medium and entering into a virtual world of seemingly adrenaline rush. 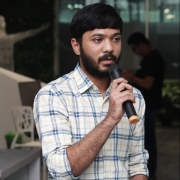