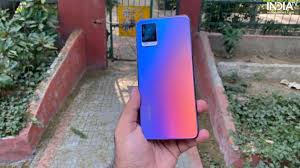 Vivo V20 SE was being talked about to be launched in India very soon, news of this phone has come out many times. Does Vivo V20 SE launch on 2 November? This was not clear but the latest leaked reports confirmed this.

In which it was also known that what the price of the phone can be. It has recently been claimed that this phone can be launched in India on November 2, the latest news has also revealed that the Vivo V20 SE preparations.

Booking offers have also been revealed. For your information, let us know that this phone has been launched in Thailand in September, while giving more information about this phone.

It shows that this phone has a 48 megapixel triple rear camera setup with the help of which the best photo can be taken.

It also has a 32 megapixel selfie camera. This phone comes with Snapdragon 665 chip-set, another thing which is very interesting.

91Mobiles has claimed that Vivo V20 SE will be launched in India on November 2.

However, how much truth is there in this thing cannot be said. It has also been claimed that this phone is also available for pre-booking, which is for offline retailers. This publication also claimed some time ago that the price of Vivo V20 SE is Rs 20,990.

And it has also been listed on Chroma and Reliance Digital Store. In this phone, customers have been told about 8 GB RAM and 128 GB storage variants.

According to this new report, information about offers is also given regarding further pre-booking. For offline pre-booking of Vivo V20 SE, using ICICI, Kotak, Bank of Baroda and some other bank cards, you will get 10 percent cashback. But let us tell you that no information has been given about this phone from Vivo.