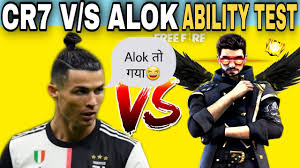 According to his description in Free Fire, Chrono is a bounty hunter from another universe and has an active ability called Time-Turner. With his base level ability, he can create a force field that can block 600 damage from enemies. He can also shoot at opponents while being inside the force field. His movement speed also increases by 15%.

DJ Alok is the in-game persona of Alok, a famous music producer and DJ. He is the most sought-after character in Free Fire, and gamers admire him for his incredible ability, Drop the Beat. It can create a 5m aura that increases ally movement speed by 10% and restores 5 HP/s for five seconds.

His ability is best suited for aggressive players in the ranked mode and can be boosted to level six using character level-up cards. The max level increases ally movement speed by 15% and restores HP by 5HP/s for 10 seconds.