According to the official announcement, the release date of CODM season 3 is about to arrive at 17th January 2020, while the new battle pass and re racks will begin from 20th January, you’d better get ready to apply for the battle pass. Also, the update of the new season will be around 1.65 GB.

One of the worth-expectable updates and widespread rumors of the new season is the fresh battle royale map – Chernobyl Battle Royale Map.

we have Scrapyard. This is a recreation of the classic three lane Modern Warfare 2 map. It is a medium sized map that provides plenty of opportunities for close to mid-range combat and promises plenty of action. This will be the first Multiplayer map to release in Season 3.

Night Of the Undead Map

As the announcement of Activision devs, it is true that the update of season 3 includes the introduction of a new map and some features. Plus, several YouTube influencers have spread the video about the new Chernobyl Battle Royale Map, illustrating the abandoned apartment buildings and Ferris wheel, which is like the setting in Call of Duty 4. However, there are also some reports about the newly updated map, which is supposed to be the new zombies’ mode map, named :Transit & Night Of the Undead(Nacht der untoten). All these rumors need to be proved till the eventually and official announcement of Season 3.

Rapid Fire is a fast-paced and action-packed experience giving players infinite ammo, infinite grenades, sped up operator skill cooldowns, and faster-recharging scorestreaks. This limited-time mode will be available for all to try on Season 3 launch. 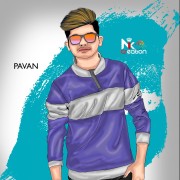