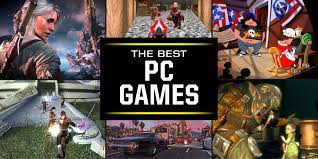 This post was regarding the Best PC games in 2021, as there are many players who want to change their game-play and experience another one.

The Brawlhalla is a free-to-play 2D fighting game developed by Blue Mammoth Games for Nintendo Switch, Xbox Series X|S, Xbox One, PS5, PS4, Steam, iOS, and Android, with full cross-play across all platforms. Brawlhalla is a fantastic game but why not play all of them you don’t have to dedicate yourself to one game and the character/legend are really preference find weapons you like and play the legend with those weapons.

The game was shown at PAX East in April 2014 and went into alpha later that month.  Regardless, if you’re looking for a solid party Super Smash style of game, Brawlhalla is one of the best available.

Embark on an extraordinary adventure through the perished world of Penumbra to explore unique temples filled with increasingly difficult 3D platforming challenges, diverse enemies, quests, collectibles, and more. Slash daunting adversaries, leap through deadly traps, and master the art of movement. This isn’t a multiplayer game, so it’s odd that there’s a choice to make this silent ‘badass’ protagonist suddenly jam out to techno beats. Blue Fire is a very satisfying indie platformer – even with its spotty checkpointing.

When it comes to evaluating any title in the Battlefield franchise, it’s important to remember that the only reason anyone plays campaign mode is to unlock new weapons in multiplayer. Multiplayer combat, on the other hand, captures the awe of destruction. You can run across the battlefield, ducking in and out of cover, board a helicopter, hop on the mini-gun, cut enemies to shreds, then hop off the gun and repair the helicopter while in flight. Despite great voice acting by Michael K. Williams (Omar from The Wire), campaign mode is little more than a four to six-hour tutorial teaching you how to play the game.