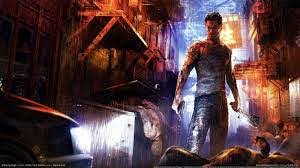 GTA 4 was one of the game which was better of the Grand Theft Auto franchise and this also has deserves a lot of attention from the players. The GTA 4 has offers the players a lot of action-centric missions as they step into the show of Niko Bellic, he is one of the best protagonists in the series of GTA.  As this game takes a lot of space in the PCs, so here are some of the Best open-world games like GTA 4 for low-end PCs

This game was a action-adventures game which is revolves around the lives of the gangsters similar to the GTA 4. All this was based in a fictional city and was very fun exploring also.

In the game-play the players got the liberty to move freely and also explore the landscape of Africans. Like GTA 4, it also gets appreciated for its gameplay and graphics. The ever-changing weather is one of the realistic features of Far Cry 2, garnering it a lot of good reviews.