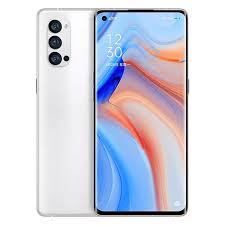 Project Winter is another game like Among Us which is based on betrayal, trust and survival. Like Among Us offers crewmates to complete certain tasks, here you have to gather resources, repair structures, and complete a series of tasks to strengthen your power.

But bear in mind, there are traitors who have infiltrated your group and can earn your trust to sabotage your group. Traitors can spread lies about your teammates and pit the survivors against each other. Basically, in terms of theme, Project Winter seems a solid alternative to Among Us.

Werewolf Online is not purely a survivor-traitor game like Among Us, but here you get to experience various gaming elements. The game lets you collect resources and defend your village from evil forces. But there is a catch. You have liars in your own village who are plotting to destroy your team and the village.

Amid suspicion and deception, you have to find the liar among your ranks and save your village. You can have up to 16 players in a multiplayer game which is great. Apart from that, there are multiple villages and teams in a single game.

The last standing team that has ejected all the traitors wins the round. Simply put, if you want to taste survival, deathmatch, and lastly, deception then Werewolf Online is among the best alternatives to Among Us on Android and iOS.