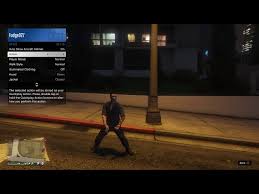 In the game-play of GTA Online, it was better to be in a crew or having a squad rather than be alone. The Rockstar Social Club allows players to join or put together their own squad and roll under the same banner.  This crew has a large number of players and was highly customizable. This also give the players a chance to showcase their personality on the streets of Los Santos. Above all this the Rockstar also gives the bonuses to those players who belongs to the crew. Benefit to join a crew

Benefits to join the crew

The Rockstar Social Club allows the crew members and the founders to design their personal crew emblem in the GTA Online game-play. The possibilities are the virtually not going to be end.

And as a player they have a tone of designs and shapes to craft their masterpieces. This crew emblem can be used across various in-game items to truly wear your personality in GTA Online.

The players got a beef to settle with the crew, if you don’t need it. Create an open crew session to go head to head against them in a lobby or set a Closed Crew Session.

To be matched up with strictly members of your Crew for a little intramural skirmish Online.

Having an active crew and completing jobs with them offers players a bonus percentage of RP per job. Rockstar awards 20% RP for a friend and an extra 10% RP for crew members in GTA Online. For optimal results during 2x or 3x bonus weeks, complete adversary modes or races with crewmates for large amounts of RP.

The squad will help you to raise your level and along with that they also gives you the chance to show your personality in the game.