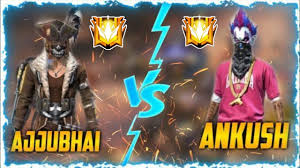 Hello, friends here in this article we have come with the comparison article of the two most famous YouTubers so what are you waiting for let’s start the article, and lots see… Ankush FREE FIRE vs Ajjubhai94

Ankush FREEFIRE started creating content on YouTube over a year ago, and the first video on his channel dates back to November 2019. He has 269 videos on his channel and has 306 million views combined. He boasts a subscriber count of over 3.33 million.

Currently, Ajay aka ajjubhai94 is one of the most popular YouTubers who create Free Fire gaming content. He has a stellar 16.8 Million subscriber count on his channel. His YouTube channel is named Total Gaming. Viewers can click here to visit his channel.